okay, I didn’t plan this, but I’m posting 2 E-Sessions back to back. Good thing I don’t shoot the same thing for everyone!

This couple is probably the easiest to shoot so far, because Virginia is my high school friend, Stella’s sister. So I’ve know these guys for so long that It’s like shooting my sister 🙂
Anyway, for them, I had planned to shoot a little bit more to experiment different locations, but just my luck that when we got out to the beach at around 10am that it’s SUPER foggy! You can probably tell from some of the shots. It was so bad that I had to shoot in the opposite direction of the coast just to get some non-foggy background….

One good thing that came out of it is that just to wait out the fog, we got to eat a early lunch at Johnny Rocket!!! (me like!) But even after lunch the fog was still too overwhelming, when we were ready to call it a day, things started to burn off….and making us start our shoot at almost 2:20pm instead of 10am. which in turn means less time to shoot at the other locations that I had wanted! (sucky!) Hopefully next time I’ll get more time to shoot and get a cool new spot to show all of you! 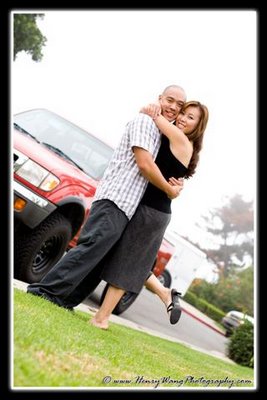 notice the white-ness in the background….it’s the fog…. 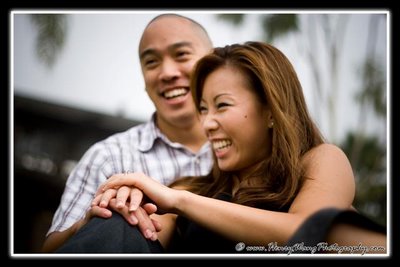 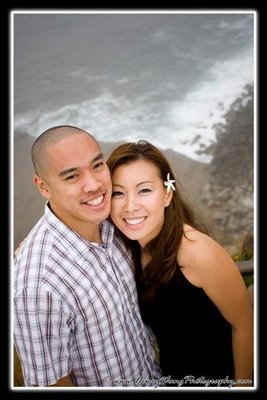 we saw this weird spider with only 4 legs….weird….

you can’t get this kinda service at Carl’s Jr

Probably my favorite shot of the day….

I take that back, I like this just as much! Especially the people in the back!

slow walk on the beach…

THIS is gotta be the funniest shot. reminds me of the good-feathers cartoon with animaniacs!

I never thought I would be able to get a shot like this. But WOW! I like. Maybe should be my new aviatar.

and we settled for the side of the road…. 🙂